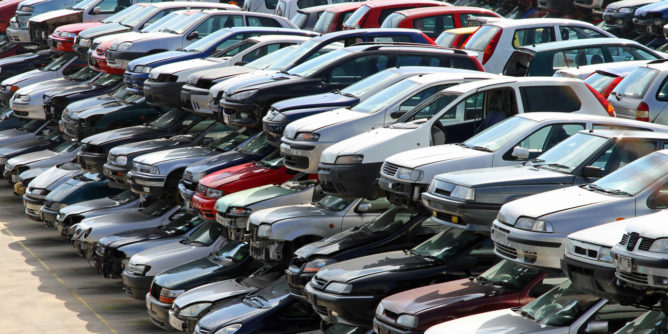 Eventually all vehicles, irrespective of its make and model and the brand it belongs to, reach a point where the car wears the badge to be classified as junk. While sometimes, the daily wear and tear works as a culprit, sometimes a sudden breakdown is to be blamed for this, and the rest of the times, there are other things that contribute in its damage. Whatever may be the reason, some poor owners prefer to stuck with the responsibility of getting rid of it, and don’t able to take a final decision.

It is because of the misconceptions that surround junk cars and Melbourne wreckers. It only makes the process of disposing of your vehicle more difficult. Here we have tried to make an effort to dispel those myths. Read on to learn about the myths that surround broken vehicles.

Learning some basic mechanics and repairing your vehicle yourself is not a bad idea. And it will save money to do this. However, sometimes it is better to leave your car to the technicians, especially if your car is too old or has been damaged for an extended length of time. It isn’t unusual for car wreckers to receive cars that have had major attempts at DIY repairs, which have gone badly wrong. Though repairing your car yourself is much cheaper, if you want to be benefited in the long run, then hiring a technician and asking him to do the repair work will be the right choice for you.

There is a popular belief among car owners that once the old or damaged car is stored in a garage, it will stop releasing carbon dioxide into the air. However, the real picture is not so. There will still be engine oil, coolant, brake fluid, battery acid, as well as other toxins in your car, which will eventually leak out and get into the ground and waterways.

It is another misconception about old cars. Your old or damaged car may be worthless to you but it is not so to the auto wreckers. Maybe the car can’t move, however, that does not mean that all of the car parts are also worthless. Your junk car may be a virtual treasure trove of parts and components, which can be reused. You can sell your car to the car wrecking companies as they remove vehicles for free. The professionals will salvage those parts and sell it to scrap metal companies to recycle it. It does not matter how old or damaged your car is.

It is important for people to know that if your car has entered in its junk stage that does not mean everything is lost. They can even get some cash out of it by selling it to the auto wreckers Brisbane. So, without waiting any more, opt for such a company today.

Author bio: Logan Smith, a popular blogger on auto wreckers Brisbane, here writes on a few misconceptions about junk cars. He also suggests to opt for one of the Melbourne wreckers to sell your junk car.