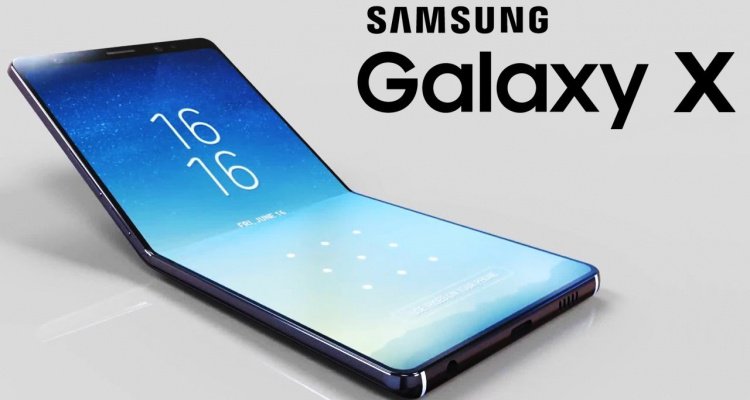 Samsung Galaxy Flex or Samsung Galaxy Fold, whatever you like to call it, is a new cellphone to tumble out of the den of the South Korean giant. We are lucky to have a look at it and here is what we feel about this new arrival.

The title makes it clear that Samsung is going to offer us a cellphone with a foldable screen. It opens like a clamshell. To make it functional, the tech giant developed new materials as well as processes.

Rumors were doing around about launch of Samsung Galaxy X for the last few years and talks are still going on about the much-touted flexible and foldable smartphone from Samsung.

We have read all the leaks about this bendable Samsung smartphone over the last few years since 2011 when the first report about a folding phone was unfolded. Several reports have been unpacking over the last few years but we’re pretty sure that we’re going to inch closer to the arrival date of Samsung Galaxy X. Reliable information is coming out and everything is getting clear about what you can expect from the new launch.

The Samsung Galaxy X is scheduled to come into the market on February 20. It’s the same time when Samsung will make public its Galaxy S10 range. The company has nearly confirmed that it will launch its folding phone at the same venue.

The company had an apparent plan about an MWC 2019 launch after a week but has decided to make haste in order to unveil the foldable beauty ahead of Huawei that is believed to announce about its bendable phone at MWC.

So far, we have talked only about launching of Galaxy X but it will not be brought into the market for commercial purpose before March 2019. Or, you may have to wait until April. Samsung has declared that it will launch the phone only in the select markets in the first half of 2019 and will produce 1 million units.

The rumor is it will be made available to the EE network in the United Kingdom and the company is already selling it SIM-free. However, it is yet to be revealed whether the company will select other exclusive networks elsewhere.

What we have gathered from a reliable source is Samsung will introduce multiple models of the foldable Galaxy X across different price points ranging from roughly £1,500 to nearly £2,000.

From what we have seen from a close quarter, the foldable Samsung Galaxy X spreads flat to look like a big tablet screen. You can fold it back to smartphone size. The clamshell-like folding looks really amazing.

A recently released teaser video shows a phone sporting a similar design though it looks much polished. The handset, with its tiny bezels, looks slim and smart. Nothing is known about its function and there is no way but to wait until a fortnight to figure out if it meets our expectation or not.