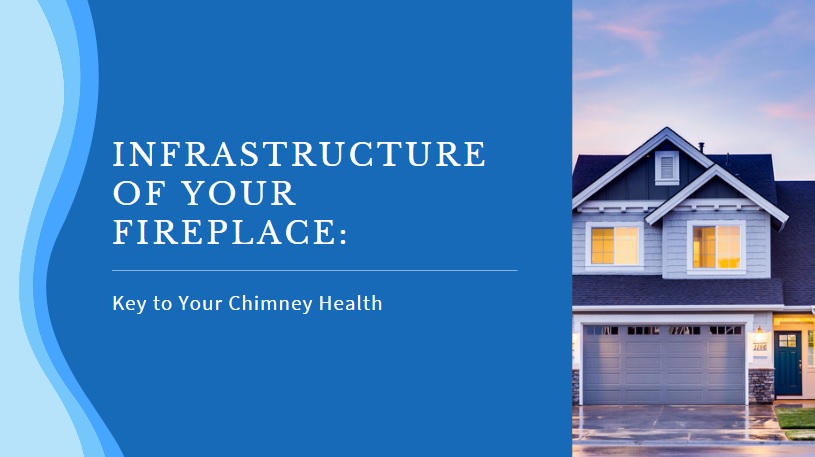 Chimneys and fireplace are like two bodies one soul. It has been ages now that people use a fireplace in their homes, mostly while holidays. Incorporated with several functions, chimneys and fireplaces are hugely neglected by people. People tend to forget that the exposure of chimney to the extensive weather throughout the year for a continuous period can cause safety issues. Therefore, the right way to deal with a fireplace, proper knowledge, and timely maintenance is the key to a sound chimney and fireplace.

There are two types of fireplaces to cope with. One is Prefab or factory-built fireplaces, and the other is Masonry fireplaces. It is also a straightforward task to find out the type you are dealing with by enhancing your vision and knowledge. A prefab fireplace consists of a firebox made of refractory cast panels with metals observable around the firebox. There will be the presence of round metal chimneys right after the damper and on top of the roof, which are at times replicated by a brick housing. On the other hand, a masonry fireplace is built up of a firebox with yellowy firebrick. There is a brick chimney located on top of the roof and a coarsely shaped pyramid affair made of brick passing the damper.

Though it might sound similar, there are significant differences to discuss further on these fireplaces:

Masonry Fireplaces: These fireplaces weigh somewhere around 6 to 7 tons and are huge built with bricks, stones, blocks, and mortar. Masonry fireplaces can give your lifetime support if maintained periodically and treated with care. They are long-lasting, artistically soothing to your eyes, and add value to the house.

This kind of fireplaces requires stable and robust support; else, they have a high chance to crack and shift, which in turn will be a cause of fire breakout. It is suggested to closely monitor the firebox where the fronting material encounters the firebrick and is considered as the weakest part where the settling or movement appears first. If the downspouts are directed away from the inglenook and water lodging is also prevented by slanting the ground nearby the fireplace, the problems can be minimized.

Masonry is considered a durable and imperishable product, but that is not the case when it comes to chimneys. The primary reason is because of the exposure of the chimney to extreme weather like rain, snowfall, or defrosts cycle. Hiring a professional chimney sweep for waterproof treatment, an inspection of the crown health and using a superior class chimney cover can be of great help, for better results call for a chimney sweep before the accretion of 1/8” of soot.

Prefabricated Fireplaces: Factory-built fireplaces are comparatively new in the chimney industry than the masonry fireplaces. They are metal built and come as a complete package from the factory along with a specified chimney system and a firebox and different other parts. The specialty of prefabricated chimney and fireplace lies within their togetherness. They go through a combined testing process and are explicitly listed to be used with each other.

Adhering to the clearance instruction is the main feature for this kind of fireplaces, particularly clearances from the chimney and firebox to any inflammable resources. The majority of the manufacturers need nothing less than 2” of air gap in between all wood mounting and the flue components. Avoid keeping any wood close to the flue as it might catch fire at a minimum temperature of even 200 degrees. Birds favor this particular type of chimney for nesting. These nests should be removed immediately as they block the air passages between coatings of metal chimney pipe, resulting in overheating of the chimney. The factory-built fireplaces are not meant for excessive use.

The saddest part of installing a prefab fireplace is that they gradually go out of the market. Hence, you must be prepared to bid adieu to your favorite flue at some point or the other. However, a chimney sweep is capable enough to increase the usage time by providing correct solution and proper maintenance services on a timely interval. Your negligence towards the chimney and fireplace will end up causing a heck of a challenge for the chimney sweep.