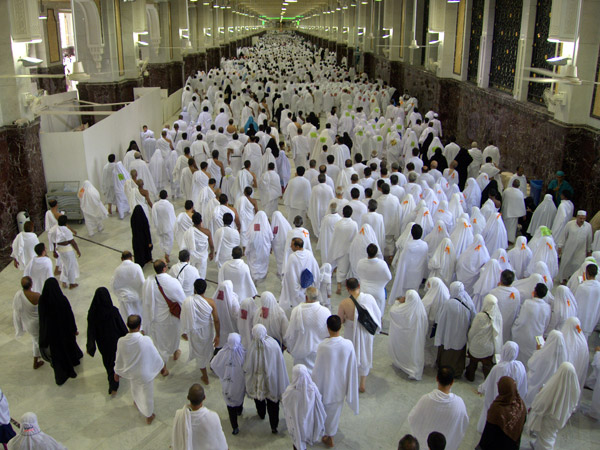 In Islam, the Hajj is given utmost importance, and it needs to be performed by every Muslim once in their life. Apart from searching for cheap Hajj packages London a person should know the requirements that he/she needs to comply with.

Every year pilgrims from all over the world visit Mecca to perform Hajj. They gather there for a week to perform a series of rituals. In hajj, a person has to circumambulate counter-clockwise seven times around the Kabah, which acts as a direction of prayer. After that, they have to run forth and back between the hills of Al-Safa and al-Marwah, drink Zamzam, walk through the plains of Mount Arafat. And lastly, throw stones a ritual which is known as the stoning of the devil.

Islam is a school of thought that has a set of beliefs and regulations that a Muslim has to follow. Each Muslim has to comply with these specific commitments that are recommended by Allah. It is compulsory that every Muslim men and woman perform the Hajj duties and now various companies are offering Hajj packages London 2020 as well that they can undertake.

For every Muslim, his/her Islamic duty is completed once they have performed the Hajj and have cleansed their spirit. To perform Hajj there are 6 key preconditions that one needs to qualify for Hajj otherwise he/she would not qualify to perform this basic Islamic custom. The 6 fundamentals without which the Hajj is not viewed as required are as follows:

Islam is symbolized as love and dedication towards Allah that keeps all Muslims around the globe united. Performing Hajj is also one of them. So a non-believer when performing the rituals that are loved by Allah is invalid. In this case, a non-adherent must accept Islam first. When the person abides by the rules mentioned by Allah and accepts Muhammad (S A W) as his last messenger than he/she becomes a Muslim and can perform the Hajj and other obligations in Islam. Presently he/she can pray 5 times a day each day, give zakat and if financially stable perform Hajj alongside it.

Hajj is compulsory for every adult Muslim men and women. It is not mandatory for the kids to perform Hajj unless the guardians bring them along, then Hajj will be acknowledged.

Being of the sound personality

Hajj is also not a compulsory obligation for a slave. This is because he might not have enough financial resources to perform the Hajj and so forth. Further, he will be obligated towards his master.

Any adult who is financially stable to perform the Hajj, need to perform it as soon as possible without any delays. On the contrary, if you are not financially stable, that means you do not have a sufficient budget, then you don’t clarify for the Hajj. So it is necessary that you have a certain amount of financial budget that is needed to make a trip to Makkah and paying for their necessities.

Being physically capable means that you need to have a fit body so that the person can tolerate all the hardships right from the start of the Hajj and all through completing the hajj ceremonies.

In the end, there are many Hajj travel agencies that are providing 1 week, 15 days or 1-month hajj and umrah packages. All you have to do is to find a company that is providing cheap packages and fulfill all your requirements. They will also guide you with the visa process and certain documents that you have to submit for the visa approval. Also, along with certain health tips that you can follow to protect yourself from any severe illness.