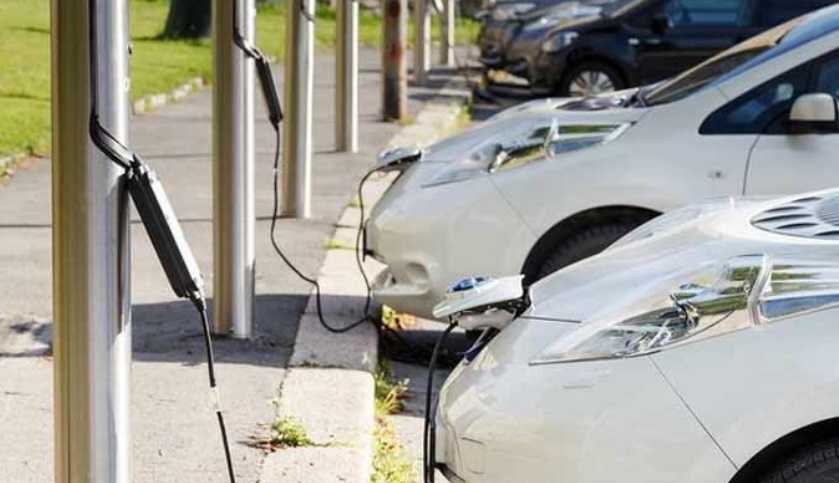 The government company EESL has tied up with the Noida Authority to promote an electric car. Under this agreement, the company will make around 100 charging stations in Noida. “EESL has entered into an agreement with the Authority to build around 100 public charging stations in Noida,” said Energy Efficiency Service Limited (EESL), under the Ministry of Power, in a statement.

GST may be reduced soon

Apart from this, GST is also expected to be reduced from 12 percent to 5 percent on electric trains.

In fact, the government is promoting electric vehicles keeping in mind the increasing rate of petrol and diesel and the increasing level of pollution. The government hopes that giving relaxation in registration, giving income tax rebate on car loans and reducing GST will encourage electric trains in the country. In such a situation, the demand for charging stations will also increase rapidly.

Tata Motors has launched the first electric car. Tata has launched the electric version of his entry-level hatchback car Tata Tiger. Tiger has a 16.2 kWh battery and Tiger can set a distance of 142 km on full charging. Tata is also offering a 3-year warranty on this car.

Tata Tegor Electric‘s X-showroom price starts from Rs 9.99 lakh. And Tata has launched two variants XM and XT of this car. The price of XM variant is 9.99 lakhs and XT variant is worth Rs 10.90 lakhs. The subsidy of 1.62 lakh under the Fame-2 scheme is included in its cost. It was worth 11.61 lakhs and 11.71 lakhs without subsidy.

Tata Tiger EV will be available

Tata Tiger EV will be available only for Fleet Operators, Taxi buyers and it will not be able to confirm private buyers. In the XT variant of Tata Tigor based Tigger EV, 14-inch alloy wheels and electric ORVM extra will be available. Features such as Climate Control, Power Windows, Harmonic Audio System with Bluetooth Connectivity, High Adjustable Driver Seat, Adjustable Front Headrest, will be common in both variants.

Tigore EV will have a 72V, 3 phase AC induction motor, which will provide a torque of 105 nm at 40 bpm and 4500 rpm at 2500 rpm. There will be single-speed automatic transmission at the same time. Tata Motors claims that Tigor can catch speeds of 0-60 km per hour in 12 seconds, while its top speed is 80 km per hour. The total weight of the car is 1516 kg.

Electric Motor will give 16.2kWh of battery power, which will provide a range of 142 km once full charge. A normal charge will be charged at 360 minutes i.e. up to 80 percent in 6 hours, while the 15kW Fast Charger will charge up to 80 percent in 90 minutes.

Tiger EV car will be available in white, blue and silver colors and will feature features like dual front airbags, ABS, rear parking sensor. The car will get an 89-liter boot space, while Standard Tiger receives a 419-liter boot space. Body-color bumpers, body-color door handles, LED Tail Lamps will also be found in the car. The company is offering a warranty of three years or 1.25 lakh km on the car with a battery pack.